Showing posts from 2021
Show all

I've spent the last few days working out why the opening chapter of APoS wasn't working, for me...and finally just dove in to restructure it. Opened up a new blank document, copied and pasted the parts of  what I currently had to it, and came up with this...which is much shorter and far tighter and less expository. I think that was the problem -- putting too much detail in at the beginning, stuff that could come later. So...here's what I did (the image shows one end of Nailors Row, under the Walker Monument,,,which was destroyed by the IRA in late 1973): In the Beginning Those who knew Eamonn Kinsella, and were being less than dishonest with themselves, had to admit that were he born but ten miles to the west or north, his murder would have been seen as the fitting end to a hard and brutal man and few would have mourned his passing. For he was well-known as one who was quick to temper. A wrong word, here, or a wrong look, there, or even so little as a wrong touch, and sudd
Post a Comment
Read more 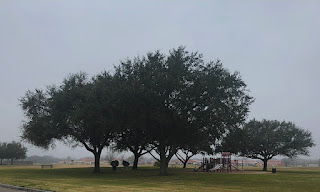 I'm in Houston, right now, for a job but also to research Brendan's time here in the 70s. Since we got the packing done quickly, I've been able to haunt several book stores seeking info...and finding little. Brazos books had next to nothing. Kaboom had nothing at all. I wound up getting the most useful books at the Barnes & Noble in River Oaks, while I was driving around the area to get a better feel for it. His aunt and uncle live next to River Oaks, off Shepard. I then drove out the route Brendan is taken on when he's grabbed by some KKK members and beaten for daring to date a black woman. It happens out in Deer Park in the middle of the night. This spot near an elementary school gave me the exact image I needed for it -- Oak trees surrounding a playground. I visited NASA, as well, and finally had some BBQ at a Rudy's that's not far from there. I didn't make it to the library. I've had 2 nosebleeds while in Houston and am now paranoid I'll get
Post a Comment
Read more

Updating the opening of APoS 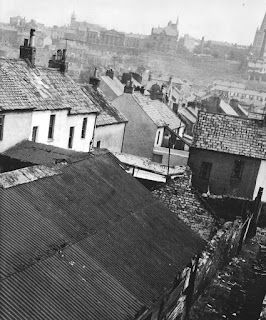 In the Beginning To start with the truth of it, those who knew Eamonn Kinsella (and were being at least somewhat honest with themselves) would have to admit that were my father born but ten miles to the west or north, his murder would have been seen as the fitting end to a hard and brutal man. What is more, my poorly-disguised pleasure at his passing would have been deemed understandable...if still somewhat inappropriate. After all, he was flesh and blood to me, wasn't he? Though often more of the latter than the former when it came to me and my older brother. His body was found off the Limavady Road in a ditch of flowing water on a cold, blustery morning late in February. His coat had been pulled down his arms and his hands bound behind him. Every bone on every finger had been broken, several ribs shattered, an elbow dislocated and his face pummeled into the mere hint of a human visage. Blood soaked his shirt down to his trousers, the knees of which were torn and scraped as if he
Post a Comment
Read more 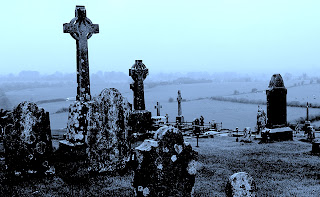 2021 can fucking bite itself in the ass. Here we are, 9 fucking days into the new year and we've had a rollercoaster ride of epic proportions, already. I can't handle another 356 days of this shit. So I'm withdrawing back to A Place of Safety . I figure if we're going to have something similar to The Troubles happen in the US, may as well get prepped for it. The Troubles began with civil rights marches, where peaceful protesters were attacked all over the place by those who wanted to remain in power. A lot of it was caught on camera in newsreels and photographs, and the attackers didn't care if they were seen committing illegal assaults. They knew they would not be held accountable...and sure enough, they weren't. It didn't matter how the world viewed their actions; they maintained real control until the Easter Accord of 1998. It took thirty years of death and destruction to wear them down before they agreed to even share power, and that pissed off a shitl
Post a Comment
Read more
More posts