I went back over what I wrote for the beginning of Darian's Point, expanded on it and am now up to over 5000 words. I emphasized some moments of fear and anger...and one of, I hope, heartbreak...as Caoimhín faces his fate. Then the story jumps back five years to show how events led to Darian's Point. 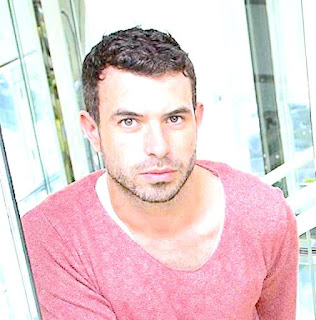 I have grown to really like Tom Cullen's look for Caoimhín. Simple, direct, attractive, but also strong. Even a bit wary.

What's fun is, I've given a couple of trees near their settlement names, and they will play a part in the events. Fedlimid (which means beauty or ever good) is an oak tree that gives shade to their compound; Aoibhinn (which means lovely) is a willow by a stream that helps them hide, when needed.

I've added a moment where Caoimhín remembers seeing a harpy for the first time, when he's using Aoibhinn's branches to protect a child from it. I don't think I'll ever refer to the monsters as harpies in this section; just describe them and let the rest come together.

It'll be in section two, in 1910 Ireland, that the name is first put to them...and we start to see how the story of how they began is not being told properly.

I have much left to learn about the times, but this seems like a good beginning, and sets the stage for a sort of horror-tragedy. For as wonderful as Caoimhín is or can be, he's also a stubborn little hothead and unintentionally starts the story rolling towards its end. All because he wouldn't listen to his brother's advice...or their father's.

Oh, I also finished the Belfast Noir anthology...and they were good. Some a bit predictable. One that turned into a ghost story, which was interesting. But my favorite was Rosie Grant's Finger, by Claire McGowan. It's a funny little tale about Aloysius Carson, a self-possessed 17 year old detective...who had to become one because there are no jobs and who really likes his Pot Noodles. He's asked to find a missing girl and gets himself into all sorts of trouble.

I mayt actually read one of her books.