I was having trouble envisioning Kevan...so I figured I'd best get his name's spelling right, to start with. It's Caoimhin, which is pronounced Coh-mine, if I got it right. It's derived from the Irish...caomh, meaning kind, gentle and comely; and gin, meaning birth.

This may seem silly, but the way I write I have to see the character. Have a visual image of him or her, and I couldn't find one that's right for him.  He's dark-haired with tan skin and rugged features, strong and skilled enough to handle himself against just about anything, with an air of certainty about him...and condescension. Next in line to run the Uí Bhriain clan.

Liam Neeson is close-ish, as a young man, but too much on the sensitive side. Especially in glasses. He doesn't gain a sense of power until he's well into his 30s, to me. Pierce Brosnan, Aidan Turner and Colin Farrell are too pretty. Cillian Murphy is too off-beat and willowy. Allen Leech was close but he's too light. And Sean Bean is better suited to be my image of The Dagda, he has that golden aura about him (see below), so I had to get away from Irish actors. 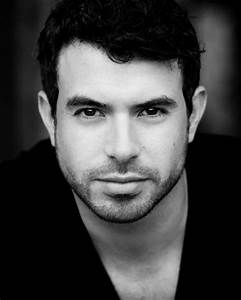 Tom Cullen is good and he's Welsh, who are cousins to the Irish. Once or twice removed. I might be able to use him. He had an excellent screen presence and sense of strength in Weekend. Of course, he's been on Downton Abbey, which tends to wuss actors out, so I need to continue avoiding that.

Caoimhin's younger brother is Mícheál, which is the Irish form of Michael and is pronounced Mee-hale. Probably. We don't really know. They didn't have phonetics 3500 years ago. But him, I got...thanks to Liam's early aura. He can be the caring one, who senses how wrong things are going, but like Cassandra can get no one to listen to him.

Morrigan was easy; I'm using Catherine Deneuve as she was around the time of The Hunger to model her after. And last is Siobhán McKenna when she was young. I saw her in the Irish film version of The Playboy of the Western World and she projected both strength and vulnerability, just right for Caera. 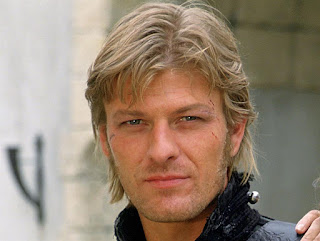 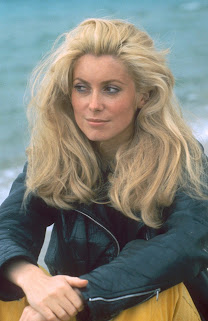 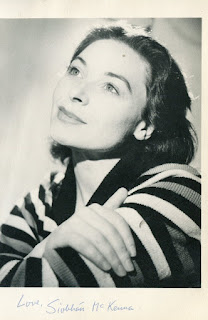 Now comes the fun part...writing it.