The joys of rewriting...

I'm going through book two of APoS, the section set in Houston, and it's glib and surface and easy, just laying out a line to start building on...and I'm already building on it. I've added nearly 1600 words, putting it over 86,000 words long...and I'm finding aspect of it I'd forgotten about...well, I actually had to dig back into the compartments I'd slipped them into and re-familiarize myself with them.

I'm back to thinking each part of APoS should be its own book. They'll be friggin' long enough, if I do go deeper. That or I'm cutting a lot and I HATE cutting. What winds up in the story is there for a reason; sometimes it just takes me a while to see. 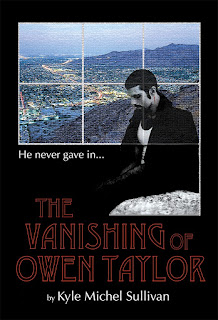 Of course, I could be off in the wrong direction, here and there. When I was writing The Vanishing of Owen Taylor, I worked up an ending that would have been great for a Hollywood movie but jolted the book...and my MC, Jake, agreed. It became super Jake saves the day instead of Jake just finally losing patience with all the people who claimed to be helping him and kicking them out of the process. Then taking over, completely. On his own. No one else in the know until absolute need.

That meant dropping about 60 pages of work...around 12-14,000 words...but it was hundred times better. It led me to a scene I hadn't expected and damn near got Jake killed. I got a couple serious compliments on that scene, as well.

I love when my characters and stories surprise me...