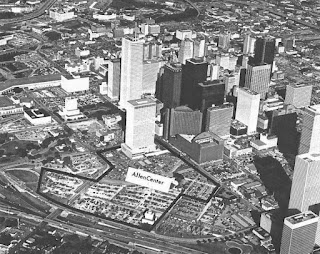 I've been working on the middle section of APoS, in Houston, and it's taken on a curious life of its own. Brendan's something of a fish out of water, but he's so traumatized by events in Derry that led him to be living at his Aunt's home near River Oaks, he's willing to settle in and build a new life, here. Only problem is, he's not legal.

Initially, that's not a big deal. He's white, young and quiet so there's nothing about him to draw attention to himself. And his method of making money is pretty much under the table. But he's begun to show a surprising streak of anger and stubbornness that I've not seen in him before. There've been flashes of it on a couple of occasions and it comes to a head after he's attacked for dating a woman who's a mixture of black and Cajun. (I don't think that makes her Creole, but her actual ethnicity is less important than she's not white.)

Doesn't help Brendan that he's not into the whole Irish-American thing of undying love for Mother Ireland. His uncle's bars, however, sell that as part of their meaning, and he nearly gets into a couple of fights with people who are too zealous about what needs to be done to end The Troubles. He's sick of the country and happy to be away from it...even as he has bouts of homesickness. He's also in the US under an assumed name, since the Brits and the IRA are looking for him. So the quieter he is, the better.

It's just, he keeps getting into situations that threaten to expose him, without meaning to...and which mirror the attitudes and situations in Derry, in vague ways. More and more this story entrances me.

Oh...the above photo is from a 1974 pamphlet called Houston Today, about the future of the city. 13th largest in the US, per the 1970 census.