I've got notes like crazy about all three sections of A Place of Safety, so I've been inputting them where I think they'll work best. They're partly details being added, but also moments to correct inconsistencies and set up things that will happen later in the story. They're making the areas I put them into lumpy and awkward, but next draft will be handling making the story smoother.

I'm still reading and absorbing as much of the social aspects of Derry, trying to make this as true to the place as possible. There will be a lot more notes as I go along, I'm sure, but this is the process. Just keep working it until you can't, anymore...then set it aside for a month or two and do another draft before you even think of asking for feedback.

I'm currently at around 230,000 words, and no question this will be a trilogy, because I'm nowhere near being done with adding to it. There's too much that needs to be addressed, and I know what I wrote about Bloody Sunday is going to double, once I work out the final details of where Brendan is, during the slaughter and what he could see.

I'm watching an old British sitcom I used to enjoy, To The Manor Born, with Penelope Keith as a high-handed wealthy widow who loses her ancestral home to the owner of a grocery store chain and how they get along, together...and don't. She is remarkable. I saw it on PBS in San Antonio before I moved to Houston, so didn't get to see all the episodes. Now they're on BritBox and I'm enjoying them. Could do without the canned laughter, but it's fun. 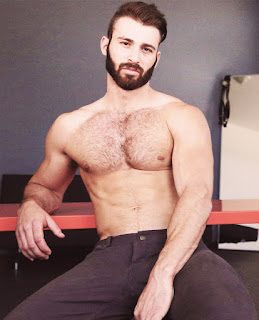 And I feel like posting a gratuitous pretty-boy image...so this could be Everett, a gay friend of Brandan's from Houston (Section 2)...
BTW, the paperback of Hunter will be available for sale through Amazon on Friday, 20 November. Finally.