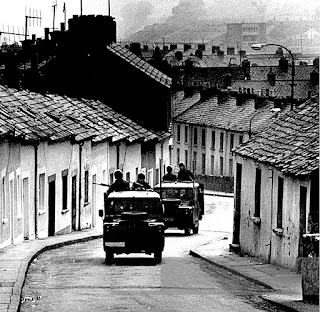 Brendan has been living in Houston for more than eight years, but is finally called home to Derry because his mother is dying from cancer. He's using this as an excuse to get away from his Uncle, who has betrayed him.

The British and RUC are still looking for him, to question him about the bombing he witnessed, so he's sneaking in using a new identity his uncle procured for him, with an Irish passport, using the life of a young man who actually died in a farming accident to fake everything up.

No one knows he has no intention of returning to Houston.