May 11, 2020
Well, setting the story in 2008, just after Prop H8 in California was passed, works a lot better. It still takes place in Fairview, Washington, but now it's not a wedding happening, only a commitment ceremony between Dair and Wallace, the lawyer who handled his defense against lawsuits put forth by Adam's parents.

What that did, however, was kick out some cultural references I'd made that were too recent, and it's making me adjust the technological capabilities of everyone concerned. At least iPhones were around, and since Jackson, Wallace's best man, is coming from Tokyo, he'd have the latest version. That plays into it.

Unfortunately, this led me into a problem. The characters' ages and whether Dair is younger or older than his brother, Gareth. Initially, he was younger...but I thought it might be better to make him older and maybe an early baby...except that didn't really work. It changed the dynamic between Dair and Gareth (not to mention his bitch of a wife) and truth is, I like Dair being the second son. He's got a much freer attitude about things and Gareth can have issues with things Dair gets to do instead of him.

Fortunately (or UN-fortunately, depending on your bent), the conference I was going to use to launch the book was just cancelled. That's my third trip dumped by C-19. I now have travel funds with Southwest Airlines, Air Canada and American, all with deadlines as to when they can be used. Crap.

Anyway, that means I can work up the story at its pace. I have over 400 pages and am closing in on 90,000 words, and I'm letting it play out so I expect around 20,000 more words. No push to get it done. I'm also giving Wallace more background; he was something of a cypher and that's not acceptable. I want him to be seen as a decent match for Dair, who's an artist and can be demanding, often without intending to be. 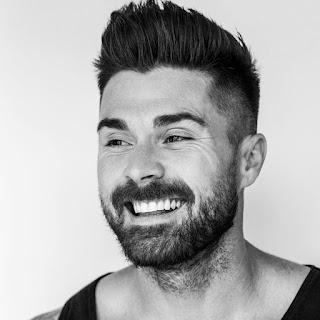 One unsure part about this is, the more I write of the story, the more Kyle Krieger is my image of Dair. I really wish I knew I could use his face for the cover, but I can't get him to respond to my queries.

Maybe I'll draw or paint something in a stained glass style and send it to him; see if that gets a reaction...