January 03, 2020
I now have The Beast in the Nothing Room up in paperback and ebook, and I've let people know about it so it's begun to sell. Now I'm shifting my full focus to APoS. 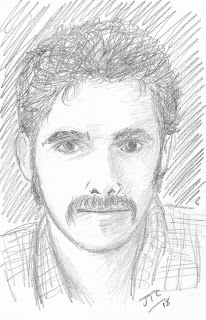 I've begun doing my usual thing of writing moments to string together and make the story. Brendan becomes friends with an older gay man, Everett, in Houston, who winds up gay-bashed and nearly killed. The man he was with does die. Bren visits Everett in the hospital and learns it wasn't the first time he's been attacked, and he finds out it's probable the guys who did it will probably get off using the gay panic defense. It's Texas in the 70s; it's a viable excuse to too damn many people.

Brendan's going to be something of a head case, for a while. Not sure how to approach it, yet, but it's going to cause him trouble, more than once, so that some of the things that happen to him are brought on by his own actions. This will wind up leading into what happens upon his return to Derry after eight years.

I can't let it go too far, though. He's in the US illegally and can't have him deported. But he's also white, young and living in a good part of the city, so he's cut a lot more slack than anyone else would be. Something's also evolving between him and a nurse, though I'm not sure what it is, yet.

Whatever happens, it's now going to be another roller-coaster ride.