August 21, 2019
I took my car in for servicing because it was making a weird scraping sound, expecting to write while it was being done...and it was fixed within half an hour. A piece had gotten bent so they bent it back. I spent the rest of the day buying groceries, defrosting my fridge, and cleaning my apartment, instead. Still have the bathroom to do, but I'm diving into that before I take my shower. Wash all the grime away at one time.

That's what writers do, you know -- find excuses not to write. Normally I can work around them, but I didn't get to sleep till 4:30 this morning and up at 9:30 to take my car in, so I'm something of a slug, right now. Not the best frame of mind when dealing with a ridiculously difficult project in a spot I'm even more unsure about than usual. Didn't help I had a nasty lunch at McDonald's. 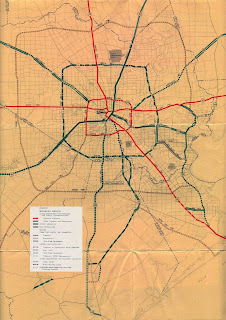 I have had ideas about other sections -- like in Houston, when Brendan's gay friend, Everett, confesses his lurid fascination with the mass murders committed by Dean Corll and John Wayne Gacy. Another friend he makes in Houston, Jeremy, a Jewish guy his own age, is on a kibbutz when the Yom Kippur war happens and he winds up fighting and killing in the middle of it. When Jeremy returns to Houston, he and Brendan get stoned and compare notes about the death and destruction they've seen.

I watched an interesting video short about how Billy Wilder is the best screenwriter ever, and the reasoning behind it makes sense. Wilder would take a situation...like Jack Lemmon lending his apartment to his boss for an extra-marital affair and finding out that affair is with a woman he, himself, is in love with...after she's just learned she's only the latest in a long line of affairs...and not only reveal it in an off-sides manner but compound it. He was a master of the set-up and payoff done in ways that come at you from another angle, so you're taken by surprise.

Right now, I think A Place of Safety is a bit too predictable in what happens, but I can already see the seeds of...well, playfulness, for lack of a better word, building in it. I hope that all come together.

And probably will, once I've had a good night's sleep.