I am so fuckin' pissed at myself...

August 28, 2019
I got nothing done, today, except some reading on Derry in the late 60s. I fiddled and futzed all over, like your typical writer. Oh, I don't feel it, right now. I'm unsure of myself. What if my writing's shit and people tell me I'm wrong about details? Jesus, the whining...none of it verbal, all in my fucked up head.

I'm at a point in the story where Brendan has made official contact with Joanna and now wants to see her. Of course, it's just as the Troubles are starting, and she lives on the opposite side of the Foyle River from him, in Protestant territory. British troops are patrolling the Bogside, and welcome, at this moment, but they and the population are still wary...and the Protestants are feeling very unsure about their future so are on a rampage. It's all very complicated and I'm nervous about even starting it.

I know I'm talking into the void here. What's that saying? Abyusus abyssum invocat...the void calls forth the void...or something like that. Just voicing concerns into the nothingness of a blog, no answers expected to come. Like talking to a therapist who just lets you talk on without comment... 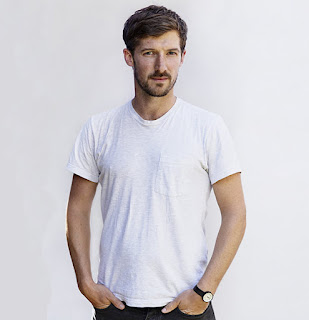 So I watched a couple episodes of Midsomer Murders, season 17. Gwilym Lee is the sidekick, and he's one of those long tall guys who lopes as he walks and wears coats that are too short for him. Wardrobe ought to be shot. He's also 6'2" to Neil Dudgeon's 5'10" so towers over him. 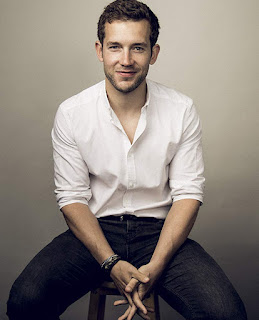 Still prefer Nick Hendrix and his natty suits, though this is a good photo of him...

I think I'll start reading the recent translation of Beowulf...see if that helps me unfutz my brain, any.