August 18, 2019
I've finally started the process of finalizing a first draft of my novel, A Place of Safety. 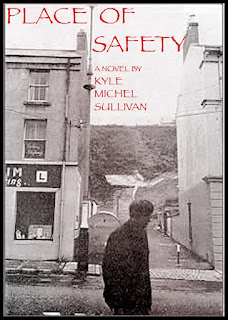 Anyone who's followed my now-discontinued blog, jamthecat, knows of my struggles with this book -- that it's set in Derry, Northern Ireland between February 1966 and May 1981, with several years in Houston, Texas. I finally reached the tipping point of scattered notes and writings, so they're now being combined.

This is my preliminary idea for the cover.

The story is simple -- Not long after his tenth birthday, Brendan Kinsella's father is murdered. The story follows him through the rise of The Troubles in NI, to him being exiled in Houston for years, to his eventual return to an area still gripped in what is, basically, a civil war based on hatreds formed 400 years prior. All Brendan wants to do is live his life and have a family, but he's caught in a time when history determines who you are and what you will be...no matter how hard you fight against it.